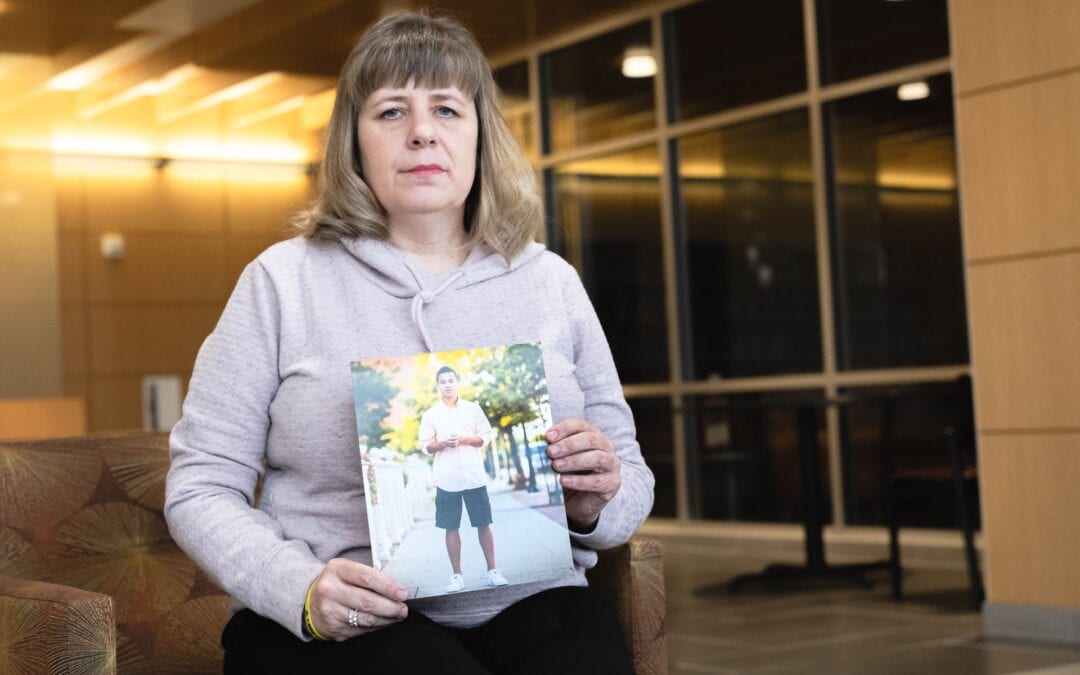 An excerpt from our Network video –

“On October 6th of last year, my son Ben took his life.

Ben was pretty near a perfect kid. A third-year student at Michigan Tech, very bright, involved in his fraternity.

But I didn’t know he was suffering from high-functioning depression. Typically, when most of the public thinks about depression, they think about people who can’t get out of bed and someone who is visibly struggling with depression. But that wasn’t Ben’s depression.

Ben was his fraternity’s recruitment chair. He got 11 bids that day, a record. He went and took an exam. I wanted to know how he did on the exam – he got 100%.

A couple hours later, he ended his life.

The police came to my house and Barb was there along with them. It was all a blur, I don’t remember much, I was numb.

That’s how I met Barb and then started doing the suicide survivor meetings with her. I wouldn’t have been able to navigate all of this without her and the support group. I think I’m the newest, and it’s encouraging to see those further down the road and their progress.

I would tell people to be aware that someone can be an all-A student and a great kid and still be hurting. Depression has so many faces.

And if someone is going through this, no one you can talk to will understand as much as someone who has already been through it. I would encourage them to reach out and talk.”